Please give them a chance. These poor sweet souls are only guilty of trying to please their masters, which in this case are monsters. Give them a chance to respond to true love and kindness. They deserve, at least, that much – Tere

Once again, and way too soon…

I find myself calling on people from around the world to ask UPS to be a responsible Business Entity, and to consider the ramifications on our world’s animals by their continuing business practice of importing Dead Animal Parts, obtained from Trophy hunting.

Our beloved Cecil, killed by a Trophy hunter, left behind a family…. and now his son, Xanda has met the same fate, a mere 2 years later, leaving 8 babies alone and defenseless.

When new rival male lions comes in to take over a broken pride, they often kill the offspring of the previous leader, and this is the uncertain future Cecil’s grandchildren now face.

The ‘wheres’… Xanda was killed just on the outskirts of the Hwange National Park. It is likely that the trophy hunter used dead meat to lure Xanda outside the border of the park where hunting is legal, just to shoot him.

And the ‘Whys’… because rich people oftentimes like to ‘kill things’.

Are not nearly as important as…. WHAT CAN WE DO TO MAKE SURE IT STOPS. THIS is the most important part of this entire tragedy….

Because, if we do not take a stand now, these glorious members of our world will go extinct, and how then do we then explain this to our children, and and theirs to come?

It is my hope that we can mobilize for the Lions of Africa, for ALL animals that are hunted… come together, in one voice…. and ask UPS to stop importing the remains of our beloved animals of the world, and to be a compassionate Corporation that we can continue to do business with.

Thank you for your support and please network this most important petition…. an animal’s life depends on it.

This petition will be delivered to:

veronica wolski started this petition with a single signature, and now has 136,762 supporters. Start a petition today to change something you care about.

I caught up with Dr. Rick Arthur at his Santa Anita based office. I found out a wealth of information about what is actually going on with medication in the racing industry.  Dr. Arthur’s title is the Medical Director at the University of California, Davis, School of Veterinary Medicine and is assigned, fulltime, to the California Horse Racing Board as an advisor.  This position is defined by law. Dr. Arthur is the primary advisor to the board on drug testing, medication, veterinary matters and equine welfare.

!’ve known Dr. Arthur for 40 years and he has been right here, in Southern California, for all those years.

In this interview you will learn:

*What the most common medications are.

*How the most common medications work.

*What the rules are regarding usage.

*What the board is doing to align rules and regulations closer to what is best for the horse’s welfare and best for racing in general.

* How we measure up to other countries regarding the use of medications and breakdowns.

*What Dr. Arthur and the Horse Racing Board are focusing on as we speak.

*Do all horses bleed when they run?

*Do all horses need Lasix?

*Do horses run faster when on Lasix?

*What is Dr. Arthur’s professional opinion on medications and race day medications.

*What is the future of medication in racing?

*What does the racing industry need to project to the public?

*How accurately are equine fatalities recorded?

*Does the board need to be looking out for the safety of the jockeys as well?

*Should racing  go back to a time when trainers “trained out of the feed tub?”

*What is safer, turf or dirt?

*Correction: Below is one of the statistics I quoted to Dr. Arthur. In the interview, I stated that in Britain there were 65 fatal injuries per 1000. It is actually .65/1000.

Join them and urge your Congress members to support the bipartisan PUPPERS Act to end taxpayer funding for painful dog experiments at the V.A. 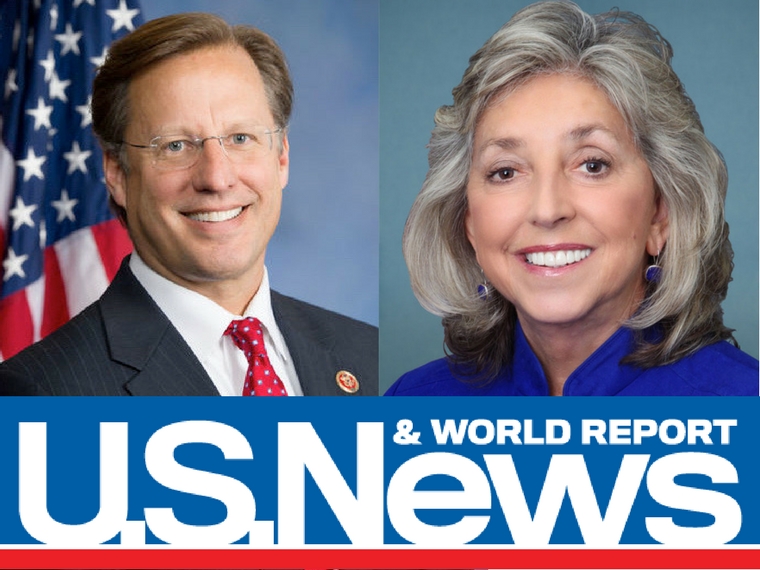 Congress must stop the cruel experiments the VA is conducting on dogs.

In an era consumed by partisanship and deep policy divides, Republicans and Democrats appear far apart on major issues dominating the headlines. But there are two notable exceptions – veterans and dogs – and we are leading a new bipartisan effort to score a win for both.

In mid-July, The New York Times noted the Veterans’ Affairs Committees in both the House and Senate were a “case study in Washington working as designed.” Veterans issues, from accountability reform and whistleblower protections to the “forever GI bill,” appear to be among the few things folks in Washington can agree on.

After learning that the Department of Veterans Affairs was using taxpayer dollars to buy dogs, breed them and subject them to painful experiments, we both agreed that something had to be done.

The result is the Preventing Unkind and Painful Procedures and Experiments on Respected Species Act – the PUPPERS Act – to stop the VA from using taxpayer dollars for the agency’s most painful experiments on dogs.

We are proud to have introduced the bill with several of our congressional colleagues who are military veterans; and we are excited we have already had bipartisan success to cut waste and protect animals.

The House passed an amendment we sponsored in the “minibus” spending package to implement this prohibition for one year. That is a promising first step. But Congress must work to make it permanent.

Frankly, details of the VA’s dog experiments almost amount to torture. Recent and ongoing VA research on hundreds of dogs involves causing heart attacks in hound-mix puppies and giving methamphetamine to narcoleptic Dobermans. Some of these experiments are categorized by the VA as involving extreme pain and distress that is left unrelieved.

Beyond the upsetting details of the actual experiments, new exposes of these cruel and unnecessary experiments have identified animal welfare violations, oversight failures and accountability lapses. Many of these abuses and missteps were only brought to light through repeated requests from a tenacious nonpartisan taxpayer watchdog group called White Coat Waste Project.

A new VA oversight report prompted by complaints from advocates and Congress members found the Richmond VA Medical Center approved questionable, painful heart failure experiments on dogs without adequate justifications. It also shows researchers killed dogs with botched surgeries and conducted unapproved procedures on dogs. Moreover, for years staff routinely failed to keep accurate records of how many dogs were used, whether sick dogs were provided with medical care and how dogs died.

In Los Angeles, the Greater LA VA secretively bred and experimented on narcoleptic Dobermans for more than 20 years until members of Congress helped expose the laboratory and its misleading public statements that the experiments were just “observational.” In this case, the VA announced that it intends to end the program.

Unlike many other problems in Washington, this is one that is easy to grasp and tackle. After LA’s announcement, only 3 out of the 74 VA animal research facilities still perform painful experiments on dogs: Those situated in Richmond, Virginia as well as Milwaukee and Cleveland.

Animal experiments are notoriously wasteful, and we are making technological advancements to move toward alternative methods of experimentation. The National Institutes of Health has acknowledged, “animal models often fail to provide good ways to mimic disease or predict how drugs will work in humans, resulting in much wasted time and money while patients wait for therapies.”

The NIH has ended chimpanzee research, and has said that available technologies are more accurate, faster and less expensive than animal testing. The U.S. military is moving away from using live animals in trauma medical training and the U.S. Coast Guard recently announced it was suspending its live tissue training program.

In a recent Pew poll, 80 percent of Americans stated that they do not trust lawmakers in Washington to do the right thing on most issues. Nearly the same number of Americans – 75 percent – oppose experiments on dogs, according to a national poll by Lincoln Park Strategies. Dogs are cherished pets, members of the family, faithful partners to servicemen and women on the battlefield and sources of comfort and healing to those who have returned home from war.

Passing the PUPPERS Act will protect dogs from painful experiments, trim waste and implement a change that both Democrats and Republicans can agree upon.